Grace MedCare Ltd. is a small business in London which cares for other people and is involved in social projects with social responsibility and is supporting people from many different countries in this world. Founder and director: Andreas Klamm, journalist, broadcast journalist, author, registered nurse (R.N.).

The aim of the small business was from its beginning not only to trade, which we do on an international basis but to provide help for those which are in need, so far as possible.

With the projects of Grace MedCare Ltd. in London, United Kingdom, which is providing HEALTH CARE services and MEDIA services of many different kind we do help people with disability on an international basis.

It might be unusual for a small business to take part in social community projects with a high social responsibility but those people which know that since 1984 I am not only a journalist, broadcast journalist and author of several books but since 1993 as as secondary profession only a registered nurse (R.N.) and paramedica might be able to imagine why I have founded the company with its aim from the beginning to help those people which are in need and are restricted in many areas because of disability.

The people with disability usually have no lobby or huge companies or organizations which will support in social community projects the efforts for a better and good life for people which are restricted because of disability or chronic diseases.

Although Grace MedCare Ltd. is registered as a small business and company it is not all about commercial interests because I do believe not only people but also small und huge companies can take a part in social transformation, social community projects in the United Kingdom, the United States of America, France, Germany and even other countries in this world and show their ability as a company to stand for social responsibility.

As the United Kingdom had in history already a great impact in all over the world, the decision was made on October 4, 2006 for the foundation of Grace MedCare Ltd. in London, England, United Kingdom.

The cost per hour is up is from 12 Euro to 24 Euro (10 GBP to 18 GBP) plus tax. Grace MedCare Ltd. is trying to offer all services as inexpensive as possible.

The foundation of Grace MedCare Ltd., London, England, United Kingdom took not place on October 4, 2006 as a coincident or as by a surprise. The company was founded on October 4 on purpose in LOVING memory of my grand-parents, family members and friends, such as my grandmother Mrs. Hildegard Klamm (Germany), which is born on October 4, my grandmother Mrs. Martha Kolacz (Melbourne, Altona-North, STATE OF VICTORIA, Australia), my grandfather, Mr. Emil Klamm (Germany) and my grandfather Mr. Haedi Sabaot (a French citizen from North of Africa, where his family came from and former FRENCH ARMY OFFICER, stationed in 1945 in Kaiserslautern, Germany),, my "steph"-grandfather Mr. Joseph Kolacz (a former Security Police Officer, U.S. Armed Forces Europe, 1945, Melbourne, Altona-North, STATE of VICTORIA, Australia) my father, Mr. Manfred Klamm (Germany), which used to be a fire fighter and my former friend and colleague the registered nurse (R.N.) Mrs. Irene Bazlen (Germany), my friend Martina as known as Tina (Germany) and to Jennifer Cranen, author of the book and best-seller "Ich will nicht, dass ihr weint", BOD-Verlag, Norderstedt, Germany). More then 20.000 copies of the book have been sold. With the income generated by selling her book CHILDREN IN THE FIGHT AGAINST CANCER are supported in the German city of Aachen. Jennis Kinder-Krebs-Hilfe e. V. (Jennis Children Aid Charity for Children with cancer) is supporting many children in the fight AGAINST cancer.

All of these precious people have passed away already many years ago, because of serious diseases or accidents. One person is missing since 1945, after World War II: It is my grandfather Mr. Haedi Sabaot, the fromer FRENCH ARMY OFFICER.

The company Grace MedCare Ltd., London, England, United Kingdom is dedicated to the precious works and life of all the people mentioned in this dedication and to those which labor hard with responsibility to make the communities in social community projects and with social responsibility and professional care a better and good place for ALL people, espcecially for those which are in need of good care. 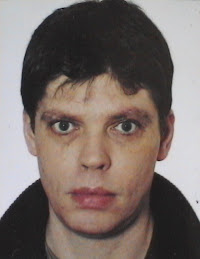 Andreas Klamm, founder and director of Grace MedCare Ltd., London, United Kingdom is since 1984 working as a journalist, broadcast journalist, author of several books and since 1993 in a secondary profession he became also a registered nurse (R.N.) and is also a paramedic.

A book which will explain more:

...in the English and German language, available on www.amazon.de , www.bod.de and in book stores.